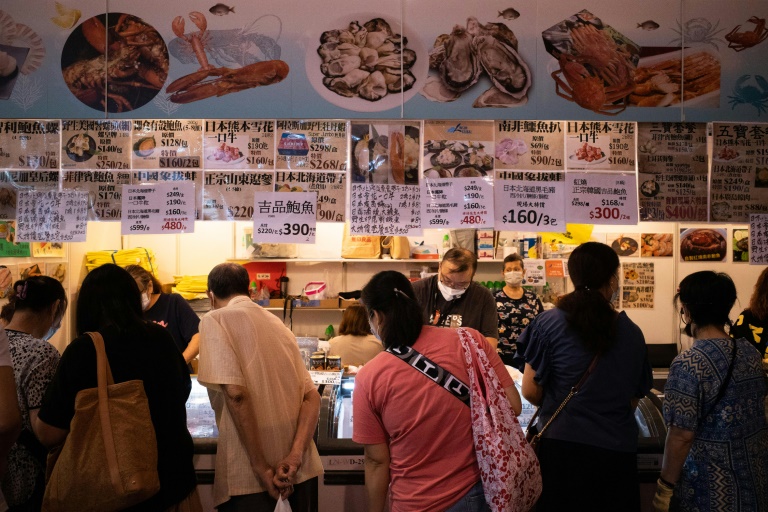 Visitors to Hong Kong’s annual World Food Expo will again not be allowed to sample the delicacies due to the coronavirus fight, the organizer said on Tuesday.

Tens of thousands of visitors and hundreds of exhibitors are expected at the five-day Food Expo which kicks off next Thursday at the city’s Convention and Exhibition Center.

But for the second year in a row, there will be no tasting areas and all attendees must keep their masks on due to public health restrictions, according to Sophia Chong, acting CEO of the expo organizer, the Trade Development Council.

“We understand that visitors would like to taste the samples,” Chong said.

“We hope we can resume this arrangement after the pandemic, when it is safe and hygienic to do so.”

The decision was announced a day after the government said fans at the Hong Kong Sevens in November would be allowed to drink but not eat in the stands, with masks to be worn between sips.

Chong said he was not concerned about the impacts of the measures on exposure as it would be the second year of the tasting ban.

A new set of HK$2,000 ($255) consumer vouchers will be distributed to most of Hong Kong’s 7.5 million people from Sunday, which the expo organizer says will boost visitors’ appetite for shopping.

Hong Kong strictly adheres to China’s zero Covid policy, enforcing some of the toughest restrictions in the world for more than two years, including mandatory quarantine for overseas arrivals and a ban on group gatherings of more than four people in public places.

In recent weeks, the city has recorded 3-4,000 daily infections, raising fears of a resurgence after more than 1.2 million residents fell ill and 9,300 died in the first four months of this year.

AMDD Digital’s Market Cap Grows From $1 Billion To $400 Billion: What Is It And Who’s Behind It?